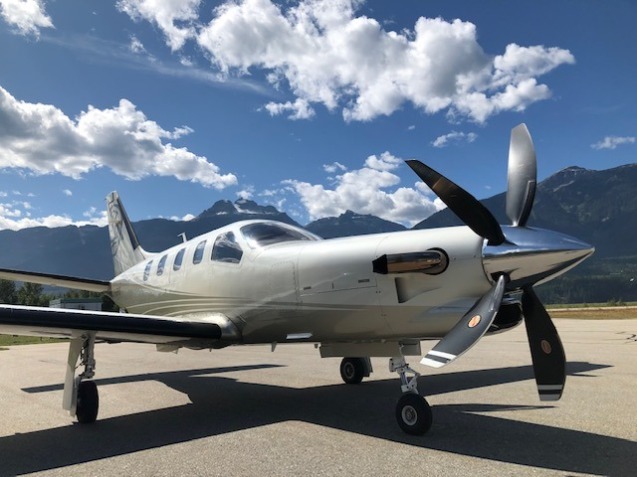 Well, there will be One Last Flight one day….   I do not know for sure when or where it will be. I thought due to COVID that indeed I had already flown that last flight.  But my employer is still thriving, although I think the COVID situation has slowed things up a bit.   I joined or shall I say helped create a corporate flight department for an industrial manufacturer based in Windsor almost two and a half years ago now.

My job to fly the company brand new TBM 930 and teach the owner to fly it safely.  He is /was a newly licenced pilot and owns several manufacturing operations in Canada and the US. What this owner got from me is an experienced pilot into my 50th year as an aviator now.

I am a retired airline pilot, missionary bush pilot, Canadian Hight Arctic bush pilot, and corporate/charter pilot and airline pilot instructor for CAE, the last position I held before taking my TBM job.  What I got from him …  A job in Windsor a nice plane to fly, and a real nice man, the owner, Chris, to work with.

I took the job in Windsor as part of my long-term employment/retirement planning process towards that One Last Flight,  home and then out to pasture so to speak.  I was raised in Windsor-Essex and both my wife and I have family in the area so this will be my final resting place, of flying career in a sense.

I might have retired already, but after the airline I took a position with an aviation NGO, MAFC, ( Mission Aviation Fellowship Canada – Papua New Guinea ) joining to serve the communities of PNG from Wewak located along the north coast of the island but we ran into an unexpected life altering event while there.  Actually it happened in Canada while we were living in PNG….

While serving down in Papua New Guinea my airline savings and pension were pretty much gutted by one Daniel P Reeve, our financial planner who was sitting up in Canada.    He was supposed to protect my pension investments rather than steal them.  He was convicted of fraud and has just been recently released after serving 10 years of his 14 year prison term for having defrauded the savings of many Waterloo, Windsor, London, Toronto and Peterborough families of millions of dollars of private pension savings.  The money he stole according to the police wound up in an offshore bank account with his name on it, and like most such accounts located in a country where Canadians have no recourse or recovery agreements with this offshore country to recover that money.

I guess he may be likened to the Bernie Madoff of the north.  He was associated with a major Canadian/American investment Bank, which gave Mr. Reeve some credibility.  Man, that bank did little to stop him even after I told them of my suspicions.  Others were in on the fraud but turned Crown evidence that helped convict Reeve the brains of the operation. Those others walked. Probably some of them are still working in the financial services industry today, and I hope a little more carefully monitored, but I doubt it.

The investment bank financial compliance officer was even renting offices from Mr. Reeve at the time, showing how much the “system” trusted him.  He was a regular business commentator on the Canadian TV news circuit and even had his published financial planning books sold through Canada’s major book resellers, Chapters and Indigo.  I had a lawyer and another FP vet him, and he passed with flying colours.  So who can you trust?

As I said I am still flying partly out of necessity, and partly out of love…. So I am left having to continue to spread my wings to keep the wolf away from the door for a few more years yet.  I am now part of the “Freedom 95 Program” where it had once been with Freedom 55…

Random memories….  Of what could have been my One Last Flight …

The smell of Jet A and Avgas, well I became addicted to it, like a drug, no more like an intense and hidden love affair ongoing since my teens.  I grew up flying, I lived and breathed in airplanes of all kinds.  I loved the big airplanes for the technology and the “weight” that I could sense through the momentum of the flight envelope.

I loved small airplanes for their maneuverability and their capability to access smaller more remote airfields like the kind of places I flew into with MAF in PNG.

The big airplanes brought me to corners of the continent, and across the oceans to strange and exotic destinations at times.  There was a period where I flew often through South American destinations and across to many countries in Europe.  Most of all I loved the people I met through the industry. From all walks of life, but people who generally shared my passion about aviation.

On one of my earlier flights out of South America enroute back to Canada my career could have ended very quickly and abruptly…. The Captain I was flying with was new to the 767 himself and was not confident with the computer navigation systems as installed.  He had one bad habit and that almost cost both of us…  He liked to “hang out “with the flight attendants in the back, during flight.

He cautioned me not to “touch” anything as he left me alone in the flight deck as he proceeded to engage the flight attendants in the back of the 767 with his charm.    After he had been absent for quite a while, I got a little bit bored and started keying in some flight planning items for practice on the FMS flight computers.  I inserted a HOLD down range a bit from where we were, and inadvertently deleted the rest of the flight plan past that point!  I was panicked, and I was new to this type too.   So I got busy re-entering and confirming the flight plan past the waypoint I had entered which now set for us to enter an unplanned or uncleared hold down the airway a bit..

My fingers were working up a sweat, and just as the Captain re-entered the cockpit after striking out in the back…   I pressed the Execute/Enter button on the FMS and, La Voila!  All the waypoints magically populated into the computer system as though nothing had happened.  The Captain asked how things were going and had anything interesting happen during the course of his long absence.  Of course, I said “Nothing really, just get a bit bored, and all required position reports and flight log completed Sir”

I got to learn really how to program that FMS computer quickly that day, and needless to say several lessons were learned along the way.

Ok all my flights were not like that.  Most were much less eventful.  That could have been my last flight, but it wasn’t.

There have been other times when I thought this was it.  My last flight.   Most recently as the world descended into chaos and darkness in March, I ferried the TBM home alone from the Turks and Caicos Islands.     So it seemed that once again my world was about to shift this past March as the unwanted imported hidden virus was beginning to take its toll on the Western civilization.

As I had mentioned in another blog, I had lived down in the Turks and Caicos Islands during the course of my airline furlough form PWA in the early 80s.

My current employer had business to attend to in that area of the world and I left him down there for a time to complete his work and ferried the aircraft home. That was a long solo flight and it finished just as international travel was becoming banned worldwide, in an abundance of caution.

The TBM is now needed more than ever in support of the business industrial infrastructure of North America.  So transcontinental business trips including some to the USA have helped keep our countries going in these COVID times.  I have been deemed to be an essential worker.  Without this airplane’s business-mission travel some of our country’s manufacturing might have collapsed.  Perhaps in another blog I will share some of the details

But for now more flights are likely and every time I am away as much as I love flying, I miss home , my wife, my kids and grandkids more.  This business has taken a toll, and not just on me.  My wife has joined me on this adventure with over 25 moves in over 42 years of marriage across continents.  Countless Christmases, birthdays and anniversaries missed because I was on the road.  The last “big move” of course was necessitated by a trusted Financial Planner who took advantage whilst I /we were out of the country, serving in a Christian/Humanitarian mission.  Of course the friendships and relationships created there were indeed worth more than the money lost, at least in my worldview. 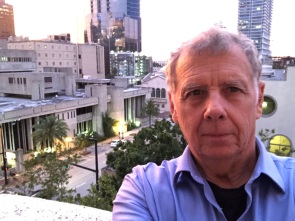 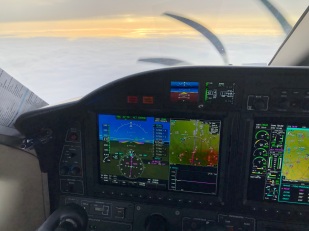 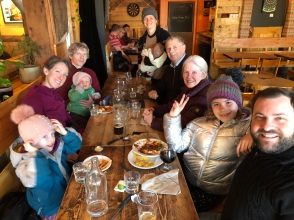 My current life’s mission is still is to keep the income stream coming in support of my family as long as possible because of the losses noted above.  However in some ways it has been easier than expected and I know that others have had to endure far worse than I especially in the more recent times. I have met so many great and wonderful people along the way I can not imagine how my life might have been fuller having lived it in any other way.   In a sense I do look forward to the time I can lay my burdens down, after of course that One Last Flight, but not just yet.

I think it’s time to move on,

I’ve been here far too long

Check’n out and Checking in

Time to pack my bags again,

I’ve been flying much too high

But what I really see

It’s keeps you girl from loving me

One last flight to take me home (3x)

To the place where I belong  (  last verse WE belong )

10 thoughts on “One Last Flight”

This site uses Akismet to reduce spam. Learn how your comment data is processed.