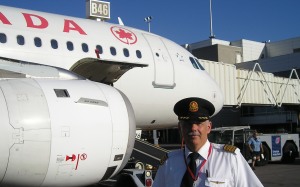 A little while ago I was enjoying lunch with an aviation colleague, a senior corporate jet jock ( sorry no insult intended to the feminine component ) who spends much of his time mentoring others into the business.  He has been gracious and generous with his time and personal finances, even creating his own B737NG sim for use by others, and dare I say it…. “For Free”.   Angus helps by creating simulation scenarios that emphasize the daily life of line flight giving practical experience to the uninitiated.

He selects people to mentor, often by word of mouth and that is the point of this blog.  Angus asked me how I made it into the business.  I wish I could say it was because of my superior skills, hands and feet, and maybe a little smarts.  But when I think about it, almost every position I have ever held,  has been  in way related to “networking”.

With the advent of scientific H/R testing it is said  that networking is less important than it used to be.  I would disagree.  I would like to lay the ground work for my supposition.  It’s not just what you know, but more often who you know that gets you through the door, and keeps you there.

A couple rules of personal engagement are in order here.  Common sense should prevail, but as one wise Westerner once told me: Common sense, is not common!

Learn to recognize the humanity in the humans you encounter daily as you move through life.  Be nice to the unlikeable or those you may just think are beneath your dignity or station in life, and engage him or her as as equal, even if he or she seems “different”. This is not a bible lesson, but in a way it is biblical.

An example here is in order.  ( True story, they are always true at least according to my experience and perspective on this blog ! )   One day I was a co-pilot on a Boeing 737 airliner for Pacific Western Airlines, and then one day after my furlough, I was pumping gas and propane for the Leduc Alberta Co-Op.  This Co-Op sat almost right under the arrival path of runway 30.

As I was filling a customer’s car  I opened the fuel cap on the car I noticed a bumper sticker on this gentleman’s car.  It indicated he was an air traffic controller.  I asked him about it and he proudly admitted to me that he was a controller.  He might have had a bad day because he was derisive and condescending towards me in some of the comments he made while I filled his tank.   What could a gas jockey know?  On that day I was hurting, lost my airline job, not making enough to pay the mortgage, about to lose my house,  a young daughter and wife depending on me, pumping gas in the cold, and no hope in sight.  And this guy kicks me when I’m down.  He made me feel inadequate because I pumped gas for a living, and he was better than that.

I never forgot the hurt, and it has served to remind me that everybody has a story.  The guy sweeping the lot at McDonald’s, the night janitor, the astronaut, all have life stories.   I do have controller friends and I dare say most are kind descent people.  So this one was an exception because he did not fit the mold of those others I have known in the field.  If you have read my other blogs you will see that I have encountered pilots who leave me wondering about pilot humanity too.

There is another rule for aviation networking that reflects a reality few grasp.  Be kind to your co-pilot, because one day, he or she may be your captain!  You never really know where the winds of life will blow you.  If you haven’t yet, you will be blown off course for a time.  Hopefully you will correct your course, or maybe you will have to divert to an alternate destination in life.  One never expects they will get cancer, divorced, fired etc etc, but something unpleasant does happen to most.

The thing I like about most pilots, and others in humanity, is their uniqueness.  There is something to like in just about everybody, and if you consider it a privilege to engage with a stranger, who might be the Wal Mart greeter, or maybe the Prime Minister, all have a story.  This is the basis of networking.

So back to the networks of my past….

My first couple flying jobs, I gained directly from networking.  A lunch buddy,  in Winnipeg, an American named Dean,  who later became my chief in Windsor helped me land my first aviation job.  In Winnipeg I had heard through Dean that there was a job near Ottawa.  I called on the phone, and after the phone interview, I was on my way to Ottawa.  Later an old instructor friend had heard a rumour that the Air Windsor was hiring charter pilots, and so it went, they were and I was hired to fly charter in my own home town.

I loved that job, but the company was failing and I was about to be out of a job.  But then there was a friend who had heard that Bradley Air Services was hiring as my company was sinking.  I called and again hired over the phone, and was sent to Resolute Bay to fly a Beech 18 on the Polar Shelf Project and little Dc-3 flying too.  I loved that job too!  Good money, lots of flying, and adventure.   How many pilots nowadays even know what an astro-compass is, let alone use one?  No GPS then!

One day I was pumping avgas into my Beech up at Resolute Bay and a couple fellows came over to see what I was up to.  The one older fellow in a flight suit had jumped out of his aircraft sort of kitty corner to mine at the pumps.  He asked if he could have a “look see” into my airplane as he used to fly this very same type some years ago.  I encouraged him to look around and enjoy himself as I finished refuelling.  After refuelling we struck up a bit of a conversation.  He asked what I was doing with the Beech, and I explained to him what I was I was doing and where…..  He seemed quite interested.

Then he asked if I had noticed the name on the side of the aircraft, a Pacific Western Airlines C-130.  I said that I had noticed.  He then asked “Have you applied to our company?  I am the chief pilot on type ”  I responded “Yes, but you rejected me, because I did not have enough experience”  He laughed then handed me a card with a name to contact, and to use him as a reference and that  he would be sitting on the next interview board.   I did not quite realize it then, but yes I had an interview.  It was almost twenty below zero, and it was in the back of a Beech 18 on the ramp at Resolute Bay.

On my next cycle of days off, I flew to Vancouver to meet the named party, Bruce Durnin, which followed with an interview and a job offer.  On October 17th, 1977 I started with PWA, youngest guy in the class.  Seniority number 317 or there abouts.

Furloughed for the first time six months later!  But recalled, then furloughed again, and that’s how I ended up at the gas pumps in Leduc Alberta in 1984 .   I stayed at the Co-Op  only for a few months until a connection  once again had me moving to the West Indies for a flying job based in Grand Turk.  That job was training nationals and flying a Tri-Islander, and was gained through a friend Keith, and former chief pilot who I had helped with his way into PWA.

It is interesting because most of these people with whom I have had friendships in the past, well, they are still friends and I keep in touch with them regularly. The network has grown, and these friends are still much loved in a very real way decades later.

What is the mark of a true friendship?  I think it is how long it last.  I like to say that I keep my good friends, friends for life.  I will say this  though, to keep a friend, be prepared to forgive, and be forgiven, because in this life we are all part of broken humanity.  You will have disagreements and hurts along the with your friendships.   Who agrees on everything?  Networking is based really in friendship that last.

It is funny how my life has progressed.  One day a co-pilot, next day furloughed, one day a co-pilot, the next a check captain.  One day a airline pilot in high density operations, the next a missions pilot in the Jungles of Papua New Guinea.  One day an instructor in Alberta, the next a Lear captain in Toronto.  Even that job had a friend “walk in” a resume to the chief pilot.  So in the end, I have not intentionally planned to build “life networks”, but in fact it has happened that way.  Networks for life.

Just a couple more random thoughts from randomtracks.com i.e. more bits of wisdom yet unmentioned…..  Keep your sense of humour and perspective.  Don’t sweat the small stuff, keep the big picture in mind or you will get lost along the way.  Most importantly,  Keep your friends they are worth more than your pay cheque, and you’ll grow old together.

This site uses Akismet to reduce spam. Learn how your comment data is processed.